4 Reasons to Choose Aluminium Over Vinyl for Your Sliding Windows

If you want to add some sliding windows to your home, you're probably going to end up choosing between aluminium window frames and vinyl window frames. Aluminium does tend to be a little pricier than vinyl, but most homeowners find that it is more than worth the cost, especially where sliding windows are concerned, and here are just four reasons why:

Probably the most compelling advantage that comes along with choosing aluminium window frames instead of vinyl window frames is that the former can be made a lot thinner. That's a clear benefit for any kind of window since it increases the amount of glass that can be used and reduces the amount of framework that disrupts your view. However, it's even more important when you're dealing with sliding windows. They are almost always used in order to provide a good view, and the frames will double up against each other when the sliding panel is fully opened, so thinner is always going to be better.

The fact that aluminium window frames can be made thinner than vinyl ones is largely down to their exceptional strength, and that comes with several additional benefits. The most commonly cited is that stronger frames can support heavier sections of glass, providing the option to use larger panels to create a more open view. Additionally, stronger frames are harder to break into and can support toughened safety glass, a real benefit since sliding windows are often seen as easier points of ingress than regular windows. Of course, the added strength will also make damage less likely.

If you want to go for a more rustic or traditional appearance, it's likely that vinyl will appeal since it can be made to look like wood more closely than aluminium. However, this is rarely desirable for sliding windows, which are decidedly modern and generally incorporated into more contemporary designs. Aluminium holds a distinct edge here since its appearance is very modern, and you can also choose between different colours.

People often assume that vinyl windows weigh less than aluminium windows, mostly because aluminium is a metal. However, the opposite is actually true, and that naturally makes a real difference when you're considering sliding windows. Reduced weight will make it easier to open and close your windows, and placing less strain on the surrounding area will help prevent any structural damage to your home. 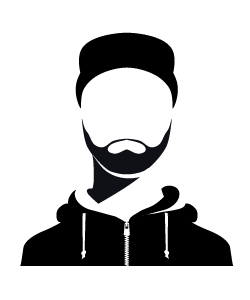 Why Install Stacker Sliding Doors on Your Patio? - 18 April 2022